From a purely intuitive perspective, the doctor diagnosed it as spatial split personality.
From the outside it is a whole, but within lives two disparate souls;
they chafe, tangle, refuse, and erode each other, impossible to separate,
until the enormous contrast crystallizes into an impressive vessel.

Grey morning, white night,
is it the semi-finished product of chaotic thoughts?
Or was it ravaged by fierce flames, then returned to deathly silence?
Is it also possible to have different idea:
that it is a hazy concept of an arc that ambiguously converts in the rolling waves.

The water-stained shell is spotted and peeling,
but the still beating tendons are lively and protruding;
the darkness hidden in the corner is a flyleaf filled with the marks of time,
with so much history waiting to be uncovered.

The horizon on the wall cuts open two-dimensions,
each with its subtleties, each with its trajectory.
The pure white and the dirty, scabbing concrete grey intermix,
and in the same time-space
the world’s nearest and farthest distance is created.

Retaining the upper structure of the original design,
the designer uses minimalism to return to the basics.
While the view of the higher angles are stagnant,
the view below the horizon,
that is the half wall, floor, and long table,
are simple and succinct in their functions and design.
The atmosphere is detached and vacuumlike,
but the whiteness is thick, heavy and engaging.
Only the transparent chair occasionally refracts light or an amazed gaze,
adding to the brilliancy of the memories made in the get togethers. 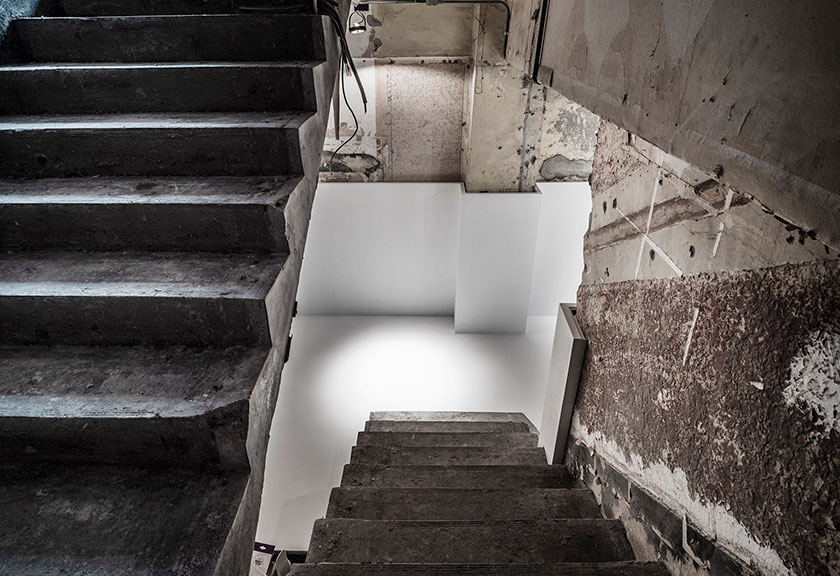 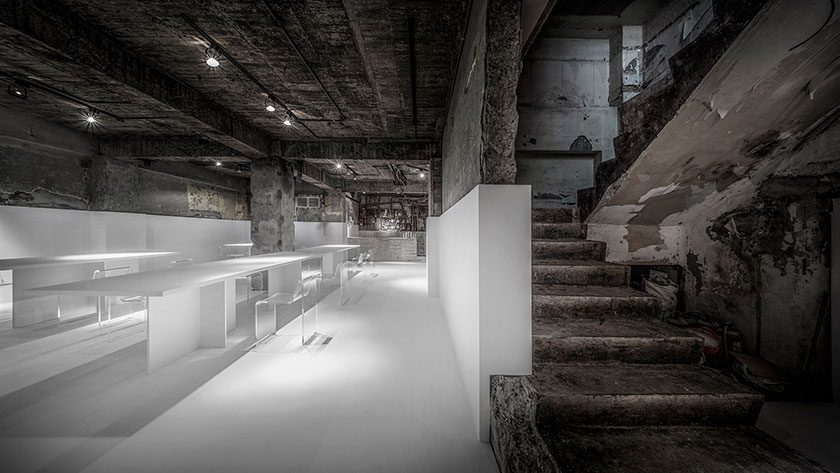 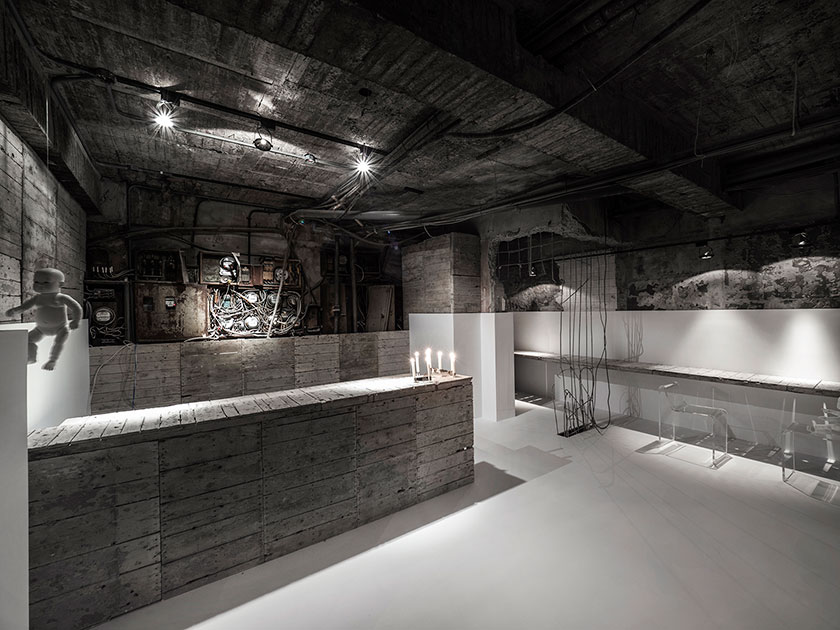 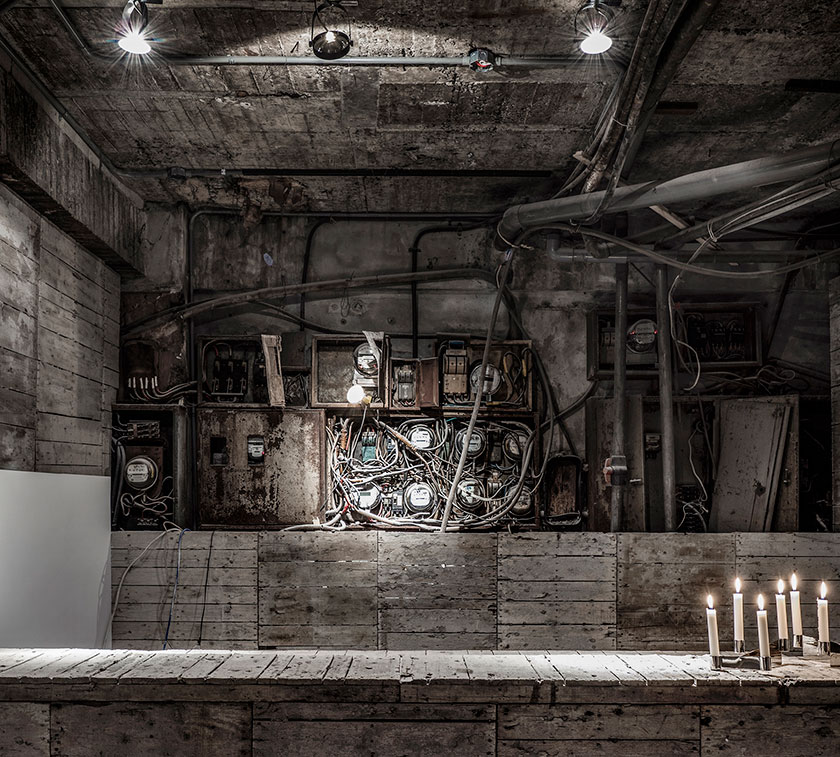 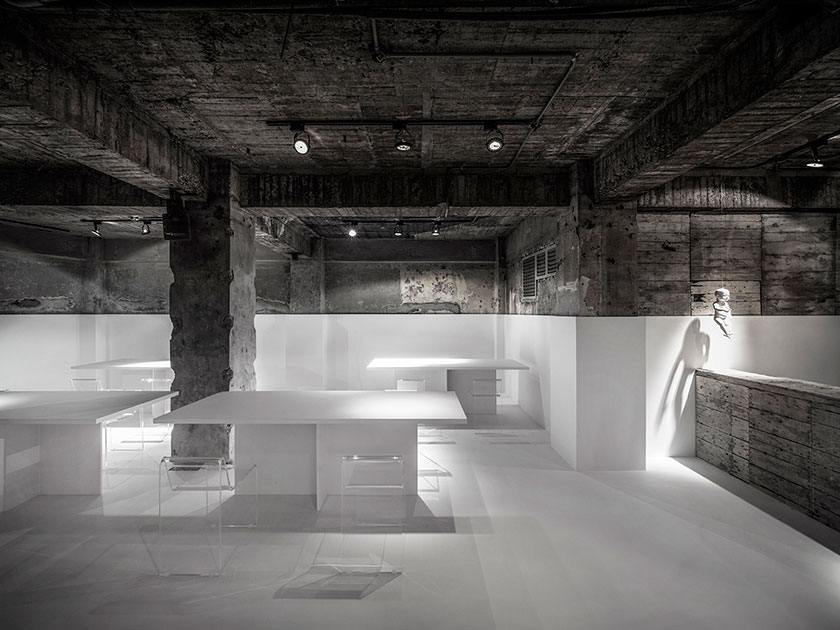 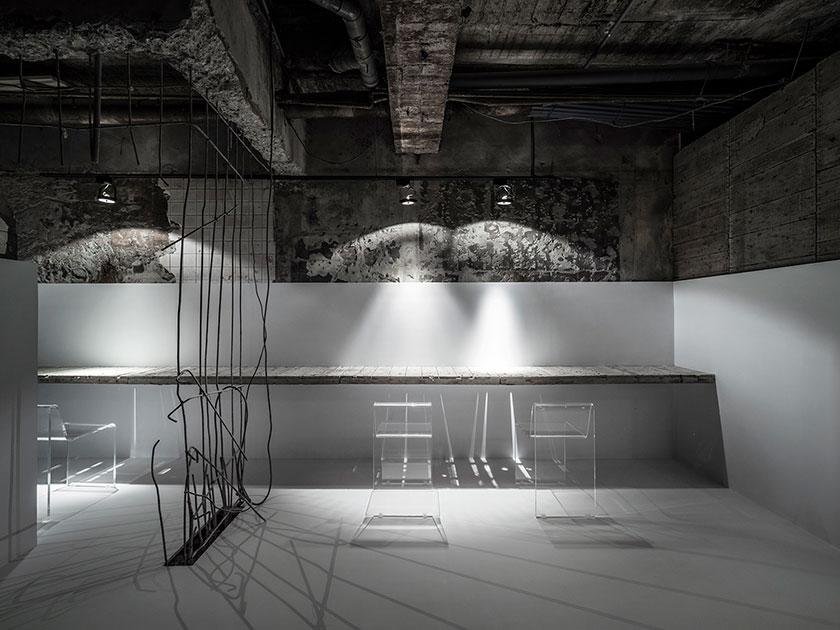 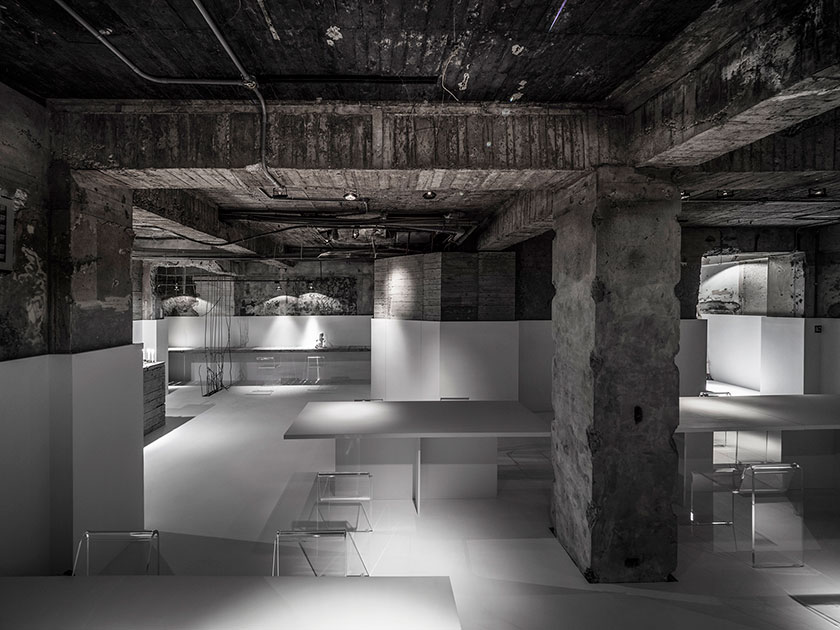