Condensed Matter Experiment
The project is not only an experiment for the designer to break the fixed logic of a traditional building ,
but also a sensory adventure of a complete outburst of imagination.

A thick cement surface is set with two large pieces of reversed glass panes of different colors;
the transparency allows the space to appear limitless.

Who says home design must bear the burden of warmth?

The design is purposly left with an early stage structure look,
which deepens the stimulation it exudes.

The ceiling design which seems to soar in the sky like paper airplanes reveals cleverness and playfulness of the designer.

The originally clean white wall is purposely destroyed,
and under light and shade it appears scratched and tarnished,
which shows a contradicting beauty of incompleteness.

Looking at the elevation of cool palette ranging
from milky white to dark grey and after you eliminate
the humdrums of everyday life,
you start to care more about the role
of'' human'' in space and the passing of time outside the windows. 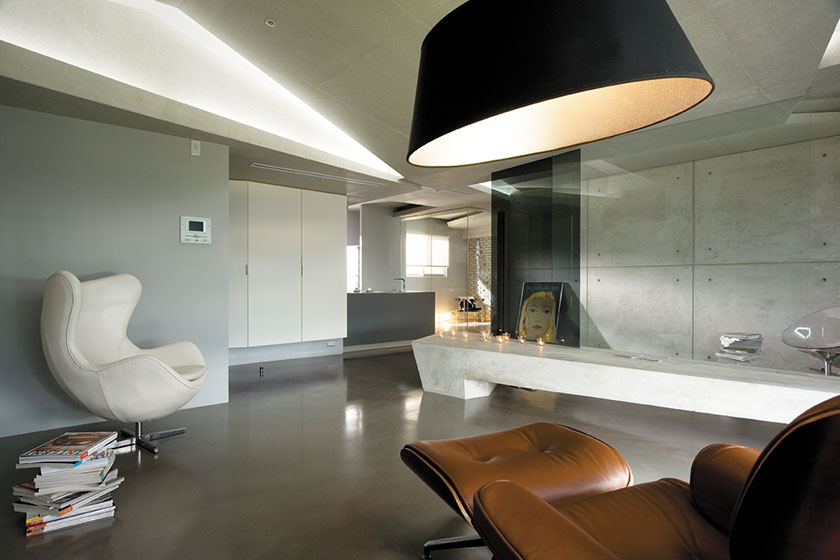 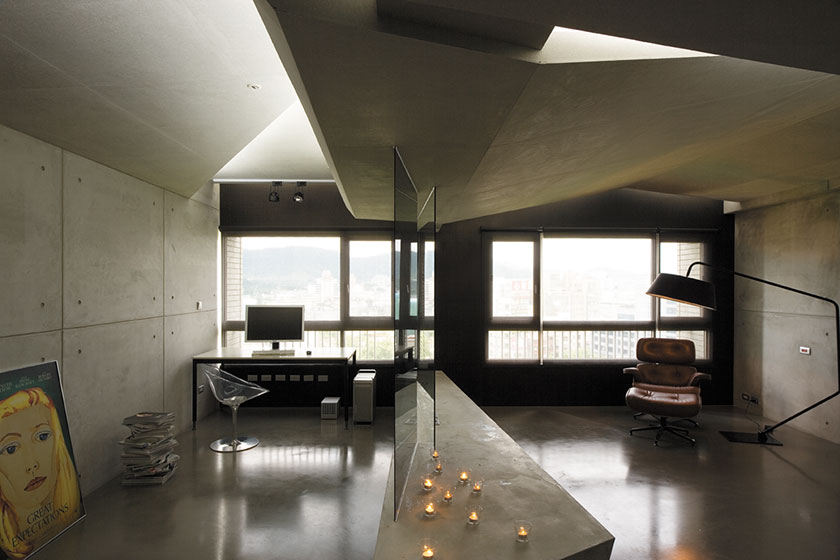 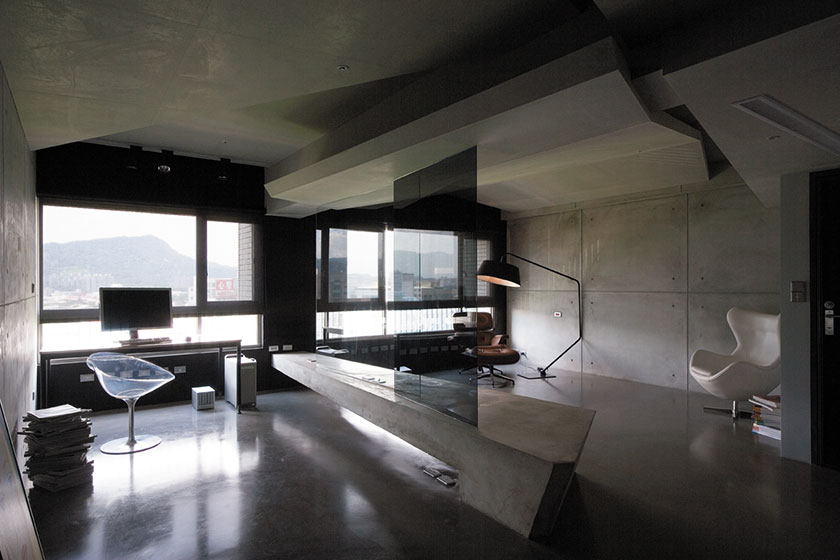 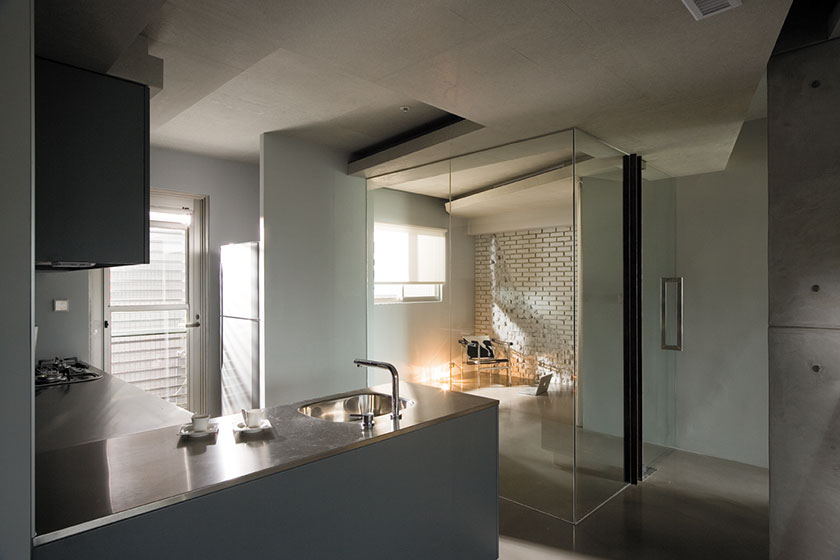 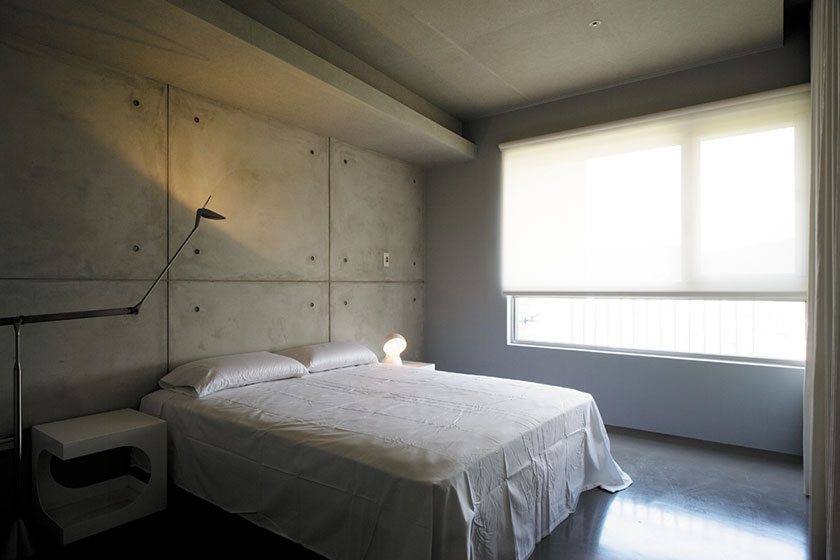